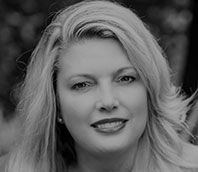 Prior to developing Cornerstone Hospitality in 2012, Kimberly worked for Beck Company for more than 19 years and led the company as CEO for the last 5 years of her tenue with the company.  While in this position, she participated in the construction and opening process of four new hotels, renovation of three and daily operation of 11 hotels.

Securing a reputation as experienced operator and developer of successful small boutique and independent hotels, such as the Craddock Terry Hotel in Lynchburg, Virginia, Cornerstone Hospitality has been asked to perform numerous due diligence and market studies of historic buildings for repurposing as hotels by both private individuals as well as town and city leaders.  Cornerstone’s primary focus is to develop and operate upscale boutique, LifeStyle and upper-midscale branded and independent hotel properties.

Christner earned her bachelors of Business Administration Degree from St. Leo University and several Executive Education certifications from the School of Hotel Administration at Cornell.  In 2011, she was the American Hotel & Lodging Association State Leadership Award Recipient and in 2012 was awarded the Virginia Hotel and Travel Association’s Hotelier of the Year award.  She has served in leadership roles on numerous boards and committees for both civic and professional organizations including VHTA, Rotary International, the YMCA, Proclaiming Grace Ministries and city and state tourism boards.